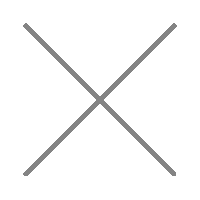 The Kalispel Tribe owns and operates more than a dozen businesses and enterprises in and around the Pend Oreille area.

We believe in building a strong community and our economic development opportunites emphasize our commitment to the land and people.

The 11th Annual Winter Waters celebration of rivers, lakes, and drinking water aquifers, and those who struggle to protect them, happened March 1st at Patsy Clarks, the Tribe was honored for our environmental leadership. This article is shared with us from the Upper Columbia River Group, Sierra Club. Sierra Club is honored to award the 2019 Watershed Hero Award to the Kalispel Tribe of Indians. While the Spokane region is familiar with the Tribe’s leadership in supporting and advancing social services, Sierra Club is focusing explicitly on the Kalispel Tribe’s environmental leadership.

The Kalispel Tribe of Indians has been a strong and steady voice for protecting habitat for fish and wildlife in the Priest – Pend Oreille region of northeastern Washington and north Idaho. The Tribe has also stepped forward at a critical time to provide badly needed scrutiny of a silicon smelter proposed for Newport, Washington that has alarmed local residents, physicians, and others.

Albeni Falls Dam: Fish Passage Reconnecting Pend Oreille Lake & River. A major problem for fish is Albeni Falls Dam at the outflow of Lake Pend Oreille. Built in the 1950s, the federal dam disconnected the lake from the river. The dam destroyed populations of bull trout and westslope cutthroat trout that lived in Lake Pend Oreille and spawned in Pend Oreille River tributaries on and near the Kalispel Reservation. On behalf of the fish, the Kalispel Tribe has been a consistent voice for adding fish passage at the dam.

KNRD Awarded 2019 Watershed Hero Award: The damaging impacts of Albeni Falls Dam also include permanently flooding wildlife habitat, reducing water quality, and eroding shorelines.In 2012, the Kalispel Tribe entered a Memorandum of Agreement (MOA) with the Bonneville Power Administration (BPA), U.S. Army Corps of Engineers, and Bureau of Reclamation to fund mitigation efforts related to Albeni Falls Dam. The MOA provides the Tribe with approximately $40 million over 10 years to help meet the federal agencies’ obligations under the Northwest Power Act and Endangered Species Act. The Kalispel Tribe uses this funding to conduct a wide variety of projects to benefit native fish, to improve wildlife habitat, and to acquire lands as mitigation for lost wildlife habitat. The MOA also establishes a partnership between the Tribe and U.S. Army Corps of Engineers to complete an upstream fish passage feasibility study at Albeni Falls Dam.

“Time, Vision, and Patience” In honoring the Kalispel Tribe of Indians, we also recognize that the journey to protect and restore the Tribe’s homelands is a long journey. Chairman Nenema has correctly noted, “Many of the things our Tribe has accomplished happened over many years. Things take time, vision and patience, and leaders need consistency in order to make things happen.” Looking back on two centuries of wrenching change wrought by forces of Manifest Destiny and looking into the future with ravages of climate change, the Kalispel Tribe has faced, and will continue to face, formidable challenges. Their survival and the success of this incredible journey over the past two centuries restore a voice for the voiceless: rivers and forests, fish and wildlife, and generations unborn.

For information and updates related to COVID-19 click here
+